What is a DDoS Attack?

In this lesson you will learn all about what a DDos attack is and how it may occur and how to safeguard yourself in the future.
August 26, 2022

What is a Denial of Service Attack (DoS)?

A Distributed Denial of Service Attack (DDoS) is a type of denial-of-service (DoS) attack that occurs when multiple systems orchestrate a synchronized DoS attack to a single target. A DoS attack is an attack aimed at shutting down a machine or network, rendering it inaccessible to its intended users. DoS attacks can do this by flooding the target with traffic or sending it information that triggers a crash. Both instances deprive legitimate users of the service or resource they expected. DoS attacks usually target web servers of high-profile organizations such as banking, commerce, media companies or government or trade organizations. Although they may not result in the theft or loss of significant information, they can cost its victim a lot of money and time to get the service up and running again.

In this lesson you will learn all about what a DDos attack is and how it may occur and how to safeguard yourself in the future.

What is a Distributed Denial of Service Attack (DDoS)?

DDoS attacks take place when multiple systems orchestrate a synchronized DoS attack on a single target. What differentiates this from a simple DoS attack is that instead of being attacked from one location, the target is attacked from many locations all at once. There are many advantages to which is provided by the distribution of hosts:

What Makes a Project Vulnerable to a DDoS Attack?

Cheap hosting leads to a lack of support and a high volume of clients. To make it as cheap as possible, the hosting provider will have a large number of clients all using the same server, meaning if one site is attacked, you are left vulnerable to attack.

Failing to prepare for the possibility of a DDoS attack won’t result in one but leaves your system very vulnerable. Taking precautions to prevent a DDoS attack is essential. Insecure and out-of-date code makes your site weak, rendering it vulnerable to attack.

How to Safeguard Against a DDoS Attack?

Ensuring your server is safe against a DDoS attack can be achieved in multiple ways. Outsourcing your DDoS protection to a company such as Disbalancer ensures you are protected against DDoS by professionals who deal with these issues daily. Monitoring and being aware of the traffic on your network can also help prevent a DDoS attack. If you are familiar with your network’s traffic, you can easily spot irregular traffic as soon as it appears and take appropriate action against it. Engaging in the best security practices including changing passwords, secure authentication practices and knowing how to avoid a phishing scam can all help you protect your network. Ensuring your network is resilient can safeguard against an attack. The more firewalls you have up, the more the attacker must overcome to launch an attack. Data should be kept on different networks, and service providers should ensure that there are no bottlenecks in their networks.

The Trouble Associated with DDoS Attacks

DDoS Attacks are usually very small and only make headlines when they are large enough to cripple an organization, or a famous organization is targeted. However, most DDoS attacks are small and volumetric and target all different kinds of organizations. No website is immune to an attack and any size attack can cause serious damage. DDoS attacks may mask security breaches when they are not detected as large enough to pay attention to. They are often also a precursor to ransom attacks, in that once hackers find your network’s vulnerabilities, they can install ransomware or threaten to launch a truly large volume attack which can cripple a website.

DDoS Attack means "Distributed Denial-of-Service (DDoS) Attack" and it is a cybercrime in which the attacker floods a server with internet traffic to prevent users from accessing connected online services and sites.

Hacken is a cybersecurity auditor born in 2017 with a vision of transforming Web3 into a more ethical place. With 5+ years of experience, hundreds of blockchain partners, and thousands of secured crypto projects, Hacken protects technological businesses and crypto communities worldwide with the most competitive suite of professional cybersecurity services.

How to Protect Yourself From Common Crypto Scams

In this lesson we will look into Phishing scams, a scam that can be used to target individual accounts or even companies and whole networks. By the end of this lesson you will be able to identify the characteristics of a phishing scam, and understand the basic ways to protect against it, and stay safe from phishing scams.
Read more 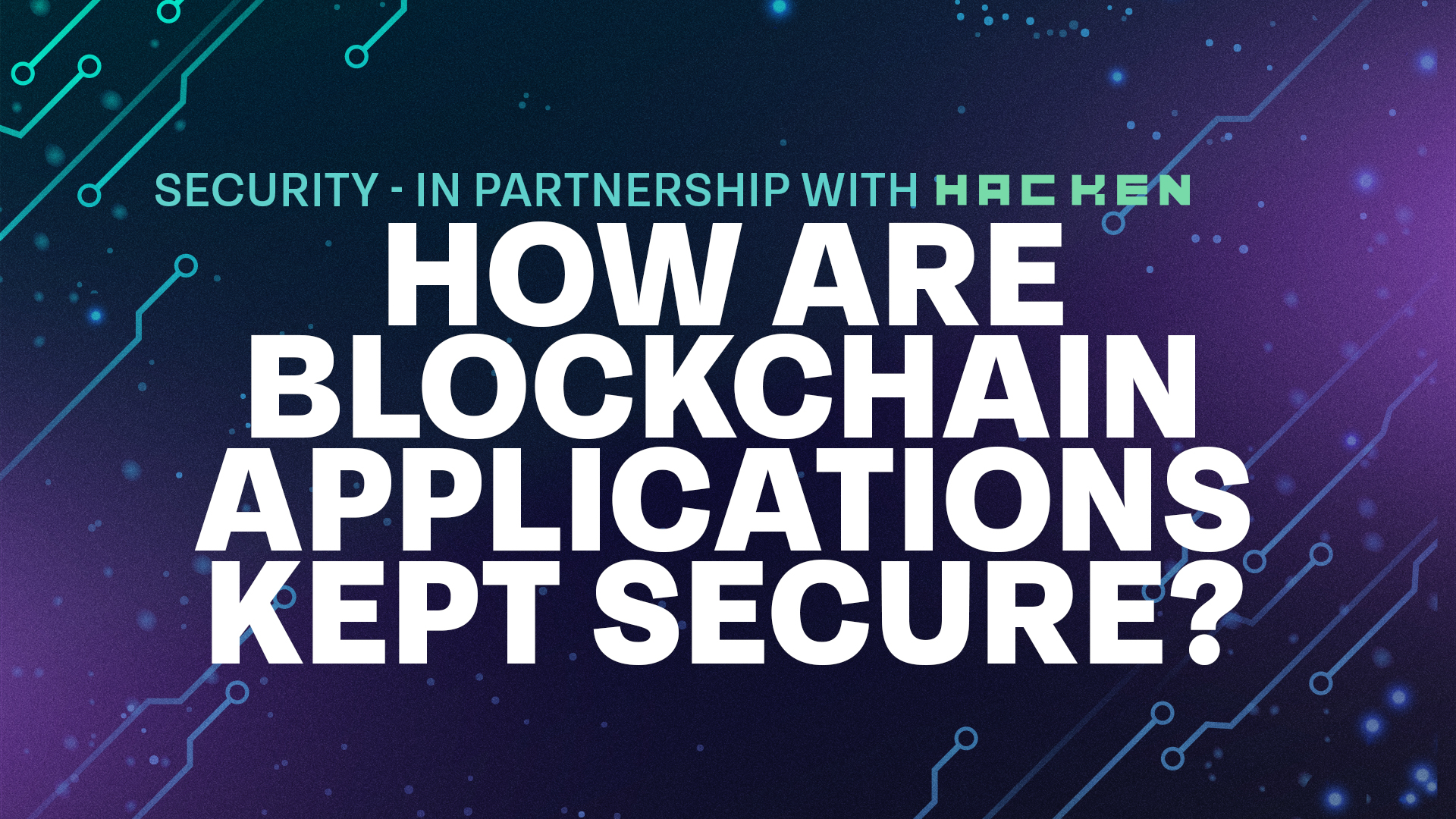 How are Blockchain Applications Made Secure?

We're building a one-stop guide to all things crypto.

Add to the knowledge base
Thank you! Your submission has been received!
Oops! Something went wrong while submitting the form.